Dr Bhavana Kanukurthi is Associate Professor at the Department of Computer Science and Automation, Indian Institute of Science (IISc). She has been with IISc since May 2014.

Prior to that, she was in the United States, first as a Ph.D. student at Boston University and then, she spent a few years doing her post-doc at the University of California, Los Angeles. She received her undergraduate degree from Hindustan College of Engineering, Anna University, Chennai.

Dr Bhavana works in the area of cryptography.

In this interview, she speaks to Nicy Scaria, a Project Scientist at the Centre for Continuing Education, IISc. The interview has been edited for clarity and brevity. 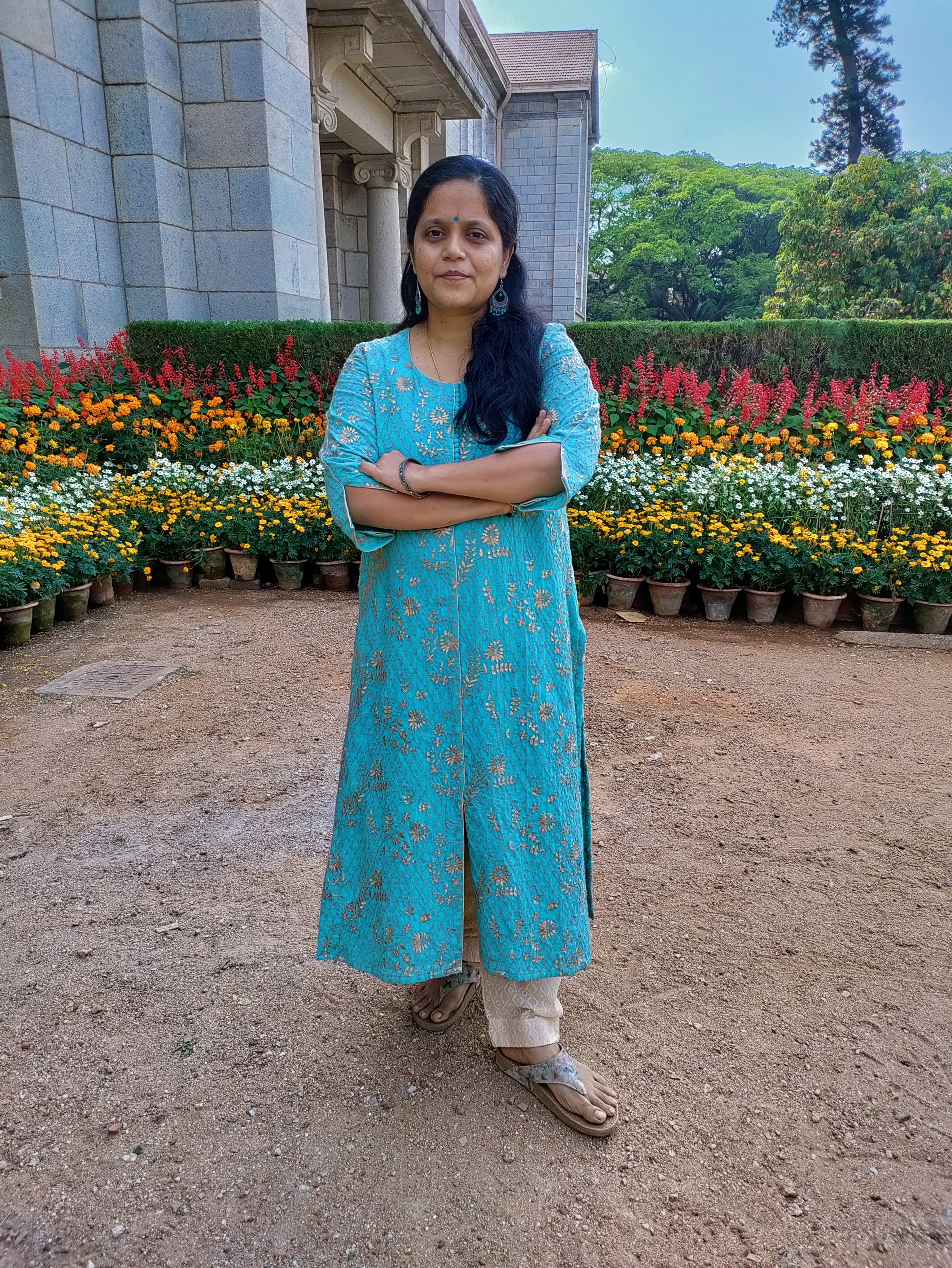 Nicy: In India, there are a lot of restrictions that are imposed on women… What does freedom mean to you?

Bhavana: This is an interesting question! First of all, I am not completely sure if, as a woman, I feel particularly curtailed in India. In fact, I think it is one of the nicest places to be a woman! But, gender stereotypes exist everywhere. That aside, what does freedom mean to me? We are here in this beautiful IISc campus, where Dr Vikram Sarabhai spent some time. We all know of him as a legendary scientist who spearheaded our space research program. But, if I look at his life, there is so much more to him than just being a scientist. He cared very deeply about developmental issues. He was very passionate about bringing in technological innovations to the textiles sector. He was instrumental in setting up the Indian Institute of Management in Ahmedabad. This is just a small sample of all of the things that he has done for the Indian society.

One thing that strikes me about him is that, surely, he must have been a person who did not impose any boundaries on his mind. I am fairly sure that he kept his mind barrier-free, allowed it to explore, and he retained a child-like curiosity about things around him. This lack of rigidity that he espoused – for example, I don’t think that Dr Sarabhai ever thought of himself as a scientist, and said that as a scientist, this is all I should care about… I should focus only about my science and nothing else… I don’t think he was the kind of person wo did that – at least from all his accomplishments. This lack of rigidity, this child-like curiosity—to me—is an example of a free mind. This intellectual curiosity, this intellectual freedom, is something that was there in all of us as children. Over the years, we have just given it up. So, it is simply about going back and re-discovering that aspect of ourselves.

Nicy: As we grow up, we are afraid to ask questions. We fear that people will think of us as dumb.

Bhavana: We also cast ourselves into stereotypes that other people think we should fit.

Nicy: I have read a few articles in Harvard Business Review, and they state that even Alexa and Siri have gender biases. They typically assign roles to men and women. They have been created by humans. Have you faced that kind of gender bias? How have you overcome that?

Bhavana: I am very passionate about gender issues and therefore, I tend to be very careful before I assign the label gender bias to some issue. For two reasons. The first is if I paint an overly-negative picture about the scientific community, it will deter future generation of women from actually taking up science. The second is that when we are confronted with an issue, if we focus on gender—which essentially means we are focussing on the issue of gender bias—we are focussing on the other person’s prejudice. And that is something we often don’t have control over. Whereas, if we focus on other aspects, it will be easier to find creative solutions to resolve the issue.

I would say gender bias does exist. The way I resolve it is the same as I would a lot of other issues. It depends on a case-to-case basis. In some cases, just a simple conversation will help clear a lot of misconceptions and help people understand our point of view or help us understand their point of view. If a systemic change is needed, then we need to speak about it at the right forum in the right frequency so that those issues get resolved. The other advice for young women out there is to not get demoralized by specific instances of gender bias, which they will surely encounter. There are a lot of wonderful men out there who want women to succeed; wonderful women as well. It is important to stand your ground and fight it out, and then, become a role model for other women.

Nicy: When you think of role models who are very famous – the people that you know about – are mostly men. What was your motivation to come into science, to be in a science-related field and research?

Bhavana: Even though it is possible that our community has more men than women, we can still use them as role models, and it is important that we do that. But I completely understand that it might be easier to relate to people who are like us and therefore, it may be easier for women to relate to female role models. In my particular case, I chose a career in science because I obviously had an interest in both science and mathematics. Other than that, I have always been really fond of learning, and I wanted a career that would allow me to be student forever, and I think a career in science, for example as a professor in IISc allows me to do precisely that. There was always a part of me that wanted to contribute to educational aspects, to be an educator. So, that is really why I chose to do what I do. But I must add, I cannot stand here and pretend that I orchestrated my whole career, and I knew that this was exactly what was going to happen. Life has its own way of taking its course and things just fall into place. I just happened to be here because of various reasons, but I am glad I am here.

Bhavana: A very good question! I think regardless of whether you are a man or a woman, it becomes much easier if you find a partner in life who views the process of building a life together as a collaboration and not a competition. The family support is extremely critical. Especially for women, I would say it is really useful to find a good female role model that you can talk to. There are certain situations where it may get overwhelming, for example, this pandemic has been really hard for a lot of people, and it may actually get overwhelming to handle your home, however much support you have. It is difficult for everybody, for men and women alike. In those cases, if you have someone senior telling you, “This too shall pass… you are strong…” – I think that gives a lot of confidence. In my case, I am surrounded by a lot of people – men and women – who support me and my aspirations, and that really helps.

Nicy: Do you have a specific advice to women who want to choose this as a career, to be a scientist?

Bhavana: I would like to go back to the point you first made about being too shy to ask questions and that is one thing we should get rid of. It will really help if we are not shy and timid.