Dr E. S. Shivaleela is Principal Research Scientist at the Department of Electrical Communication Engineering (ECE), Indian Institute of Science. She works on fibre optic communications and networking.She joined the Institute as Scientific Assistant around 30 years ago, and completed her M.Sc. (Engg) and Ph.D. in the ECE department.

In this interview, she speaks to Nicy Scaria, a Project Scientist in the Centre for Continuing Education at IISc. The interview has been edited for clarity and brevity. 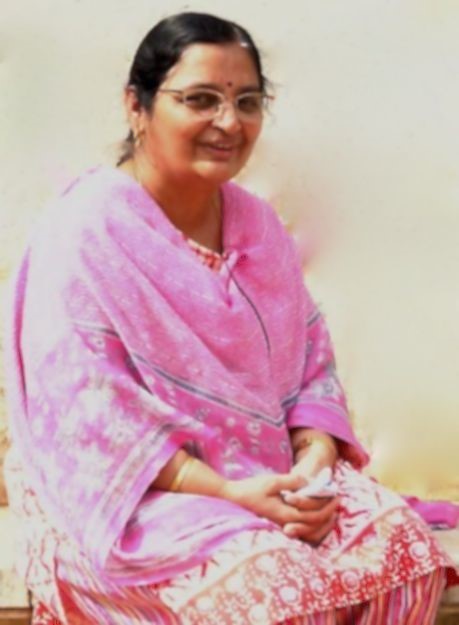 Nicy: Being a woman in India, have you faced any restrictions? What does freedom mean to you?

Shivaleela: Freedom, for me, means pursuing my interests, be it profession or hobbies. We have to create our own space and work on that. In this context, I recall there was an event ‘First Ladies’ organized by our ex-Minister Maneka Gandhi in Delhi, four years back. She organized this event to felicitate women who were firsts in their particular field. From our department, late Rajeshwari Chatterjee was also awarded. The department gave me an opportunity to go and participate in that event, and receive the award on behalf of her.

I had the opportunity to meet lots of awardees there. Some of the awardees were Bachendri Pal, Aishwarya Rai, first gynaecologist of India, and one blind candidate who was working in our Indian Embassy in Paris. Many people came, who had broken the glass ceiling and dared to work in fields they felt were challenging or were interested in. They were selected from all walks of life. More than 100 ladies were felicitated. That was a very thrilling experience for me. Women have challenged and have done what they wanted to. If you have the ambition to do something, you can definitely do it but a little effort is required.

Nicy: You mentioned Professor Rajeshwari Chatterjee, who was the first woman engineer from Karnataka. She became the Chair of ECE also…

Shivaleela: I would like to add – late Kamala Sohonie, who studied biochemistry at IISc. She was the first Indian woman to receive a Ph.D. in a scientific discipline. These two women from IISc were felicitated. Unfortunately, they were not there; so, their family members or colleagues came to receive the award.

Nicy: What was your motivation behind pursuing a career in science?

Shivaleela: From the beginning, I used to like science better than other subjects. The reason is that doing experiments in the lab used to motivate me. What we used to study in theory – I used to see that happening in the lab! So, that motivated me to understand the subject. Also, when I switched over from Kannada medium to English medium from seventh to eighth, I had a little difficulty in studying social studies and other subjects, whereas science and maths were very easy for me. I didn’t feel much difference; it was very smooth going. Also, I always like experiments – that is very close to my heart. I still do experiments.

Nicy: So, your interest of doing experiments motivated you into science… There exist a lot of biases. One among them is gender bias. Have you experienced gender bias in your career and how have you overcome it?

Shivaleela: I did experience this personally when I joined. But to a large extent, things have changed in the Institute over 30 years. Our society has also started appreciating women coming out and working in the science field or any other field for that matter. Things are not the same as they were earlier. I didn’t pay much attention to it. I just carried out what I wanted to do.

Nicy: Being a scientist in IISc is not easy. You have a lot of work. There is family. How do you balance work and life?

Shivaleela: Both personal and professional life go hand in hand, especially for a lady. So, what I do is I prioritize the jobs on my hand. If professional work is demanding, then I take extra time at home and do it. The other way also. If something is needed at home, I take more time there and do it and go back in the evening and compensate for what I didn’t do in the morning. So, it’s basically prioritizing things on hand.