Her expertise is in machine learning, deep learning, artificial intelligence, and soft computing.

In this interview, she speaks to Nicy Scaria, a Project Scientist at the Centre for Continuing Education, IISc. The interview has been edited for clarity and brevity. 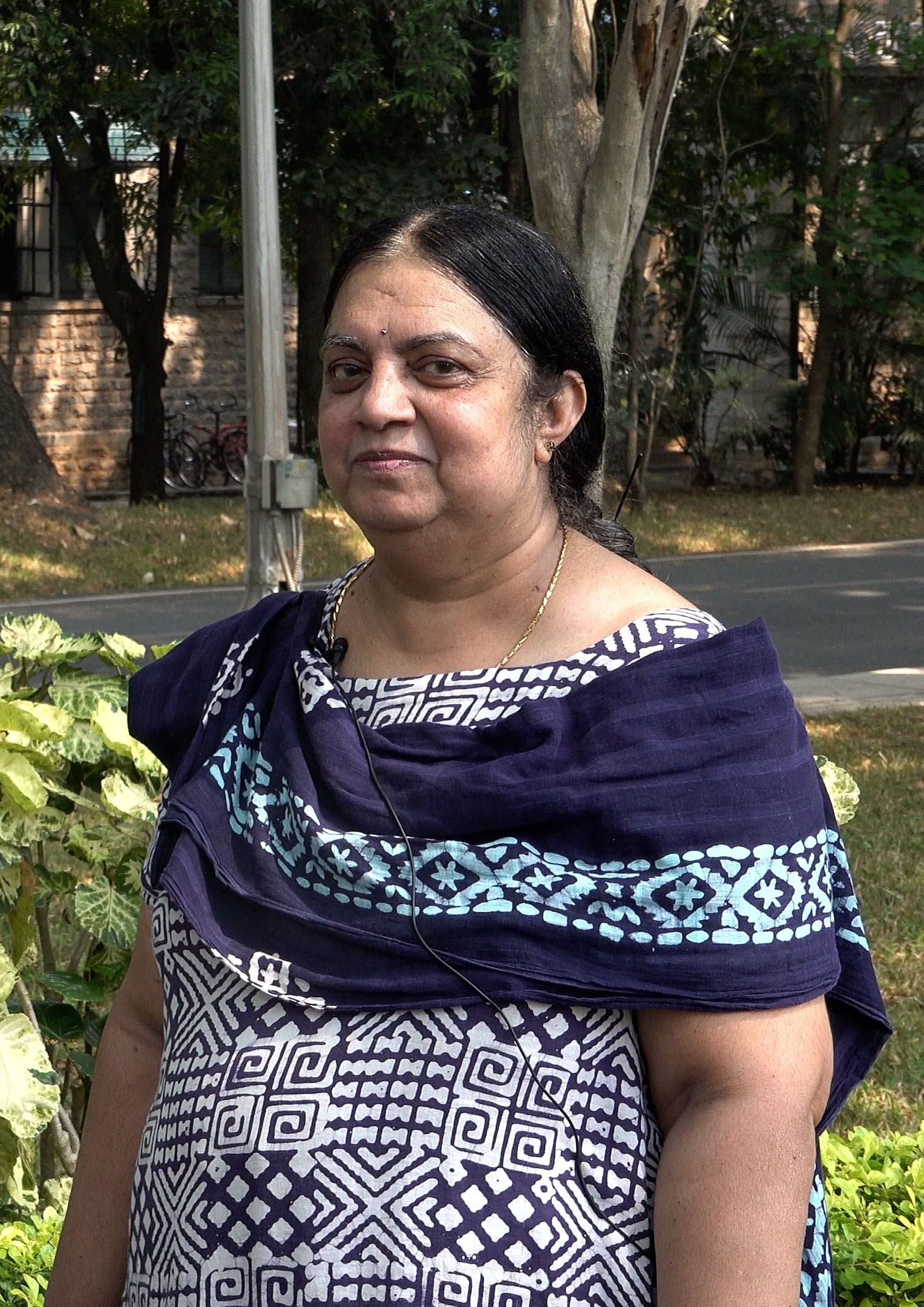 Nicy: What does freedom mean to you?

Susheela Devi: Freedom obviously means that you can do whatever you want. But, I don’t think anybody is completely free. You will have some reasonable restrictions on the freedom. So, it is a question of how much restriction you have. For example, women do have some restrictions like they cannot go out after dark. So, if your father or husband or anyone tells you, “You have to come back before it is dark”, you should not look at it as curtailing your freedom in some way because they are also telling it to you for your own good. But, men definitely have less restrictions than women do.

Now, coming to the question of work: in work, obviously, with some of the problems that women face, I think freedom could also include having a level playing field. In many cases, you may find that women do not have a level playing field. That curtails your freedom to some extent. As far as IISc is concerned, it is a wonderful place because you have total freedom over here to work on anything you want.

Nicy: In 2006, the World Economic Forum released the Gender Gap Index, and according to that, India comes 151 in 156 countries based on the economic participation and opportunities for women. So, India comes to the last part. In this scenario, you have pursued science; not all women will be interested in that; not all women will get the opportunity as you did. What was your motivation in pursuing science as a career?

Susheela Devi: I just got into it more because of the environment at home. In our house, all of us were doing well and I had siblings who were also doing maths and science. So, automatically, I got into it. Of course, I also had an ability for maths and science. Science is different, and engineering is even more of a problem because you have a very small number of women in engineering. By the flow of things, I just came into this field. When I was young, I did not want to study. It just happened on its own. You could call it destiny or whatever you want!

Nicy: You work in artificial intelligence and machine learning. I have read a few articles regarding the biases that AI systems and ML systems have, and gender bias is one of the firsts in that.

Nicy: The people who are creating it are largely men. For example, in word embedding, a man is connected to a doctor, and for a woman, it could be a nurse. So, it exists in AI systems. Have you faced any kind of gender bias in your life or in your career? How have you tackled it?

Susheela Devi: Gender bias is there to quite an extent, especially in India where we have the traditional setup. In the society itself, there is a lot of gender bias. The precursor to that was when we had eve teasing when we were in college and later, when we joined engineering, we used to have people tell us that we have wasted a seat; that seat should not have been given to us! Obviously, these things are quite annoying at that stage. I have actually seen a lot of women facing gender bias, and I would like to give two/three examples of gender bias; this is really just a small part of what happens.

Especially in fields like ours where you may be the only woman; there are just one or two women in a group of men; here, they may just isolate you or they may not want to collaborate with you. Another thing that I have heard very often—not that it has happened to me—whenever two people are up for promotion, if one is a man and one is a woman, there is a high probability that it is the man who gets promoted and not the woman. There are a number of examples of gender bias. This is not to say that all men are like that. There are some people who are very supportive.

Gender bias is there. How do you face it? It varies on a case-to-case basis. Sometimes, if you try to call out something, it may have the opposite effect. This type of bias could be anywhere; it could be your boss or somebody of authority or the top person in your organization. It could be anywhere; you cannot say where it will be. Sometimes, it may be a good thing just to keep quiet and not call it out; calling it out may put you in even more trouble. There is a limit to our powers also. We cannot do everything. But when it is possible, we should see what we can do.

The problem is that when we first start having problems with gender bias, we are a little young and not very mature to handle these things as we are now. We have faced it from quite some time. We just do what we can at that particular point in time. But, the only advice I would give is that you should have a little bit of a thick skin, and don’t give up on whatever you are doing. Even if somebody says something or does not give you enough opportunities, you should just continue working. That is the basic idea. Of course, I have found that the advice of people like my father or family really helped in these cases.

Nicy: How do you balance your life and your work?

Susheela Devi: This point really should not arise because it should be the duty of everybody to make a family run, not only the woman of the family or the mother of the children. There should be equitable distribution of work. But it does not really happen that way. I had a tough time because I did my Ph.D. after my two children were born, and my son was one-and-a-half years old and my daughter was four-and-a-half when I joined for Ph.D. So, surely, I had a tough time in balancing the two; if you concentrate on one, the other one will suffer; as time goes on, it gets a little easier.

The idea is that you should just keep on doing things; just don’t give up. Do as much as you can. Whenever you have a little bit of time to do something, do it; little drops of water make a mighty ocean. Do a little bit every day or whenever you have time; it adds up and the work gets done somehow. This is pertinent to me because I have actually faced a lot of problems. It may be that some women don’t face any problem. It also depends on the support of the family. If the family is helping you out with everything in the house, you may not have that type of problem. As of now, this problem is there, and it has to be faced, and all I can say is that just plod along, and somehow it will get better after some time; it cannot get worse; it can only get better.