The Department of Computer Science and Automation was established in 1969 as the School of Automation. It initially began as a Centre and later acquired the status of a Department. The Department is celebrating its Golden Jubilee Year during August 01, 2019 to July 31, 2021. As part of the Golden Jubilee celebrations, the Department is planning several events and initiatives. One of the initiatives is to organize the CSA Frontier Lecture Series to introduce the audience to a wide gamut of research themes in computer science. More details on this Golden Jubilee initiative are available at CSA’s webpage: https://www.csa.iisc.ac.in/golden-jubilee/frontier-lecture-series/ 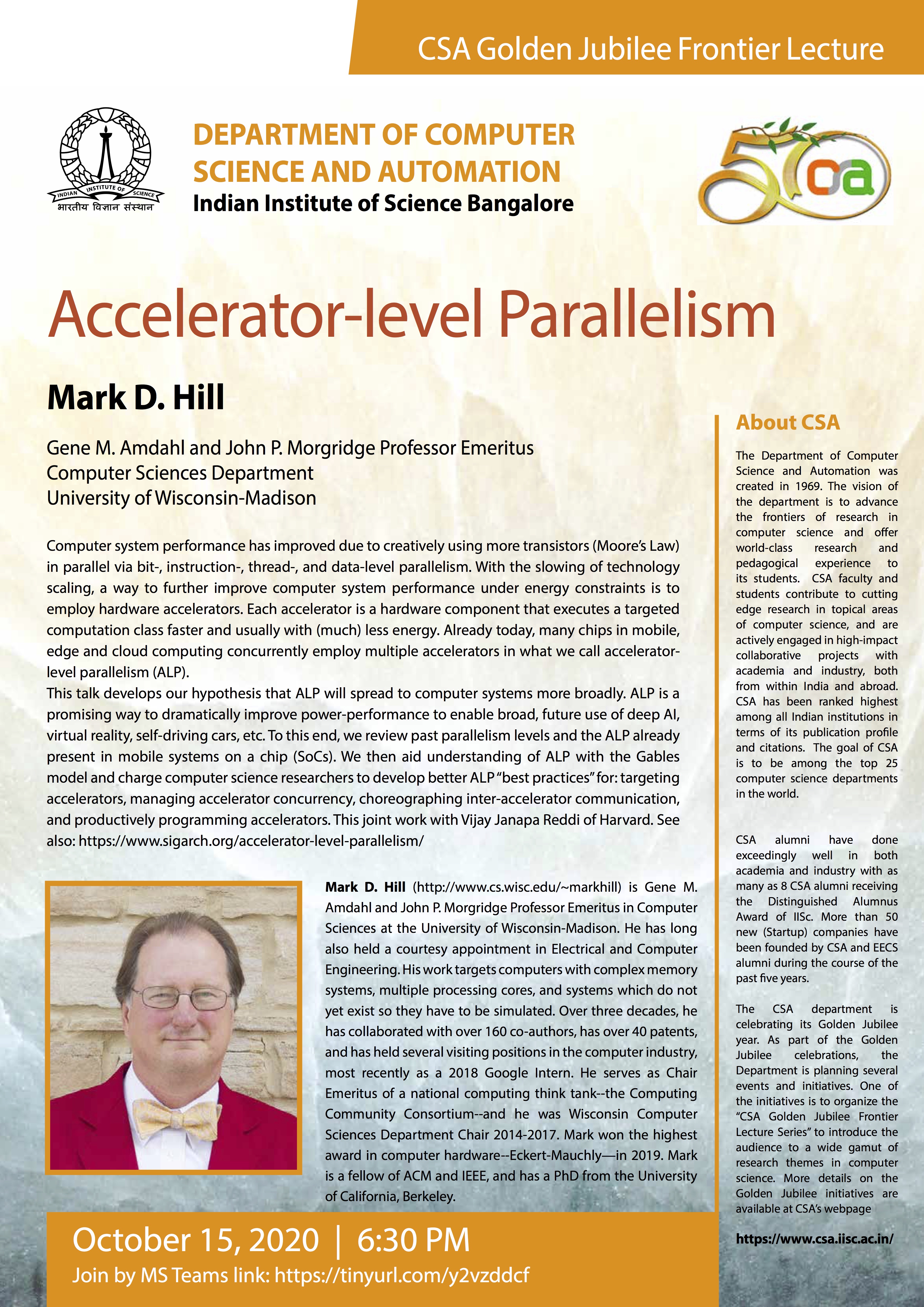