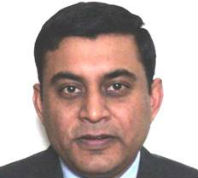 
Gaurab is working on 2 new methods of optimizing the usage of the RF spectrum  – integrated cognitive radios and millimeter-wave radios. He is also working on analog and RF sensors and various methods of using them in distributed sensor networks, using low power radio transceivers. Such distributed sensors are expected to play a major role in building cyber-physical systems, for use in agriculture, healthcare, energy, and transportation.