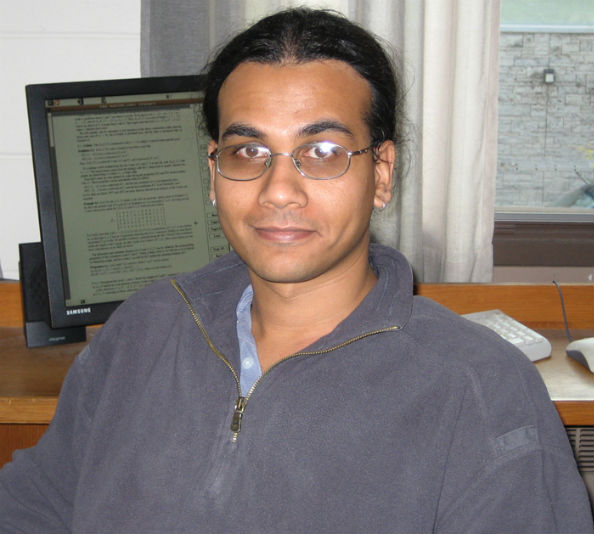 
Navin Kashyap received a B.Tech. degree in Electrical Engineering from the Indian Institute of Technology, Bombay, in 1995, an M.S. in Mathematics and a Ph.D. in Electrical Engineering from the University of Michigan, Ann Arbor, in 2001. After a two-year postdoctoral stint at the University of California, San Diego, he joined the faculty of the Department of Mathematics and Statistics at Queen’s University, Kingston, Ontario, Canada, where he remained till December 2010. Thereafter, he has been with the Department of Electrical Communication Engineering at the Indian Institute of Science, where he is currently a Professor.
Prof. Kashyap is a recipient of the Swarnajayanti Fellowship awarded by the Department of Science and Technology, Government of India. He is at present an Associate Editor for the SIAM Journal on Discrete Mathematics.