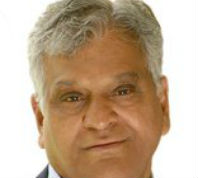 
Prof. Viswanadham is INSA Senior Scientist in the Computer Science and Automation at the Indian Institute of Science. He has held several prestigious profile before joining IISc in this position. N. Viswanadham was Professor and Executive Director for The Center of Excellence Global Logistics And Manufacturing Strategies in the Indian School of Business, Hyderabad, India during 2006-2011. He was Deputy Executive Director of The Logistics Institute-Asia Pacific and also Professor in Department of Mechanical and Production Engineering at the National University of Singapore during 1998-2005. He was a faculty member at the Indian Institute of Science (IISc), Bangalore from 1967-1998.He was Chairman of the Department of Computer Science and Automation from 1990-96 and Chairman of Electrical Sciences Division from 97-98. He was Tata Chemical Chair Professor from 1992-97. He was INAE Distinguished Professor at the Indian Institute of Science during 2011-2013.