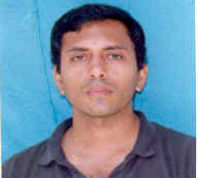 
Ramesh is  Chief Technology Officer at Strand Life Sciences, a start-up by the gang of four that works on mining and modeling challenges in Life Science and Drug Discovery research. He got his  Ph.D. from Courant Institute of Mathematical Sciences, New York University, 1990-1994, and B.Tech. from  IIT Delhi, 1986-1990, both in Computer Science. He was a Post-Doc at Max-Planck Institute for Informatics, Saarbrucken, during 1994-1995. He was on the faculty of the Computer Science Department of the Indian Institute of Science from 1995-2005.
He was involved in the Simputer project, yet another initiative by the gang of four. See here for more information.


Ramesh works on Design and Analysis of Algorithms with provable guarantees. In the recent past, he has been working on algorithms for Connectivity problems in graphs.