The possible advent of quantum computers in the foreseeable future poses a threat to the security of many classical cryptosystems. Recently, NIST announced the Post-Quantum Crypto project to standardize the quantum-resistant public-key cryptographic algorithms. Research in this area has broadly two aspects: (i) designing crypto primitives based on certain number theoretic problems which are believed to be intractable even in the presence of a full-scale quantum computer and (ii) defining appropriate security model that captures the power of quantum computers and arguing security of crypto-systems in that model.

Our group is actively working on both the above aspects. We are currently investigating isogeny maps defined over elliptic curve groups to build quantum-safe primitives as well as looking at formal security of signcryption and authenticated encryption in a quantum world. 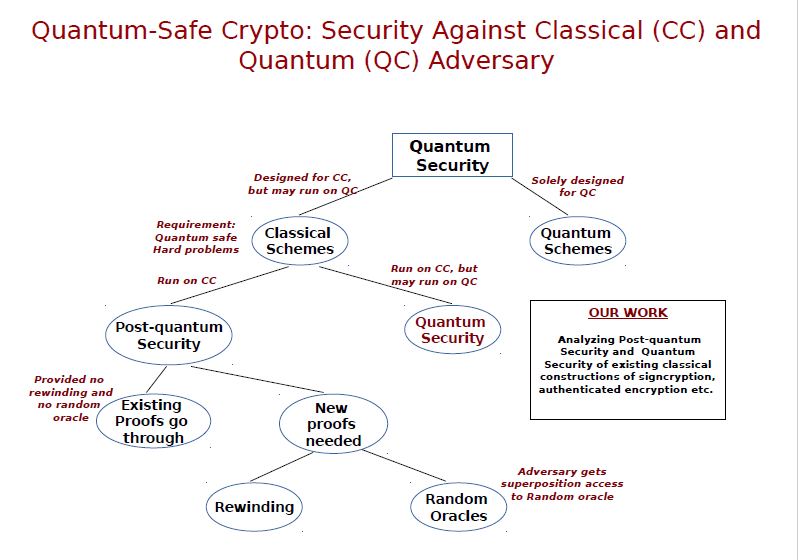