This work is motivated by the requirement of a high-speed generator system for direct-coupled operation with thermal turbomachinery operating at speeds in the range of 40,000 rpm to 60,000 rpm. This is a power electronic converter mainly built for controlling a high-speed switched reluctance generator for such application. This converter can also be used for other applications such as compressors, spindles and electric vehicles.

This is a 20-kW, 800-V (DC), 50-kHz three-phase asymmetric H-bridge converter based on silicon carbide (SiC) based devices. The converter can protect itself against short circuit at its output. A fault detection mechanism has been invented in this regard. A patent application has been filed on this invention. 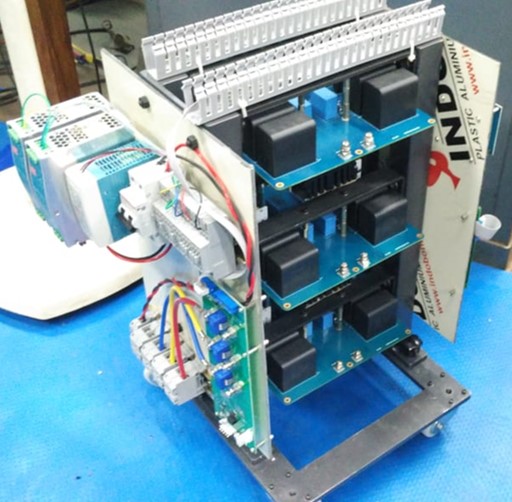