Two-dimensional layered semiconductors, for example, the monolayer transition metal dichalcogenides, serve as excellent platforms to study fundamental properties of exciton complexes, which are electron-hole complexes bound through Coulomb interaction [1,2]. In particular, these layers exhibit strong luminescence in spite of being ultra-thin (~0.7 nm) due to high radiative decay rate of the excitons [1] – making them promising candidates for optoelectronic applications. One can make atomically sharp vertical van der Waals heterojunctions of these layers without worrying about the lattice mismatch between two successive layers – a unique property which is difficult to achieve with conventional semiconductors. Using such heterojunction, we can make vertical devices with atomic length scales, which open up a new regime of atomic devices. In one such example, we demonstrated a 15-fold enhancement in the luminescence intensity from a monolayer through non-radiative resonant energy transfer across such vertical heterojunction [3]. In another work, we demonstrated a coherent formation of a trion – a charged exciton, followed by its electrical detection through ultra-fast vertical transport, opening up a different era of devices called trionics [4]. Recently, we discovered a surprisingly strong luminescence from a layered metal, and were able to combine both electrical conductivity and luminescence properties in a variety of electronic and optoelectronic applications [5]. We have shown the usefulness of such vertical heterojunctions in different applications, for example, highly sensitive, fast photodetectors [5-7], and gate controlled electronic switching in charge density wave devices [8]. 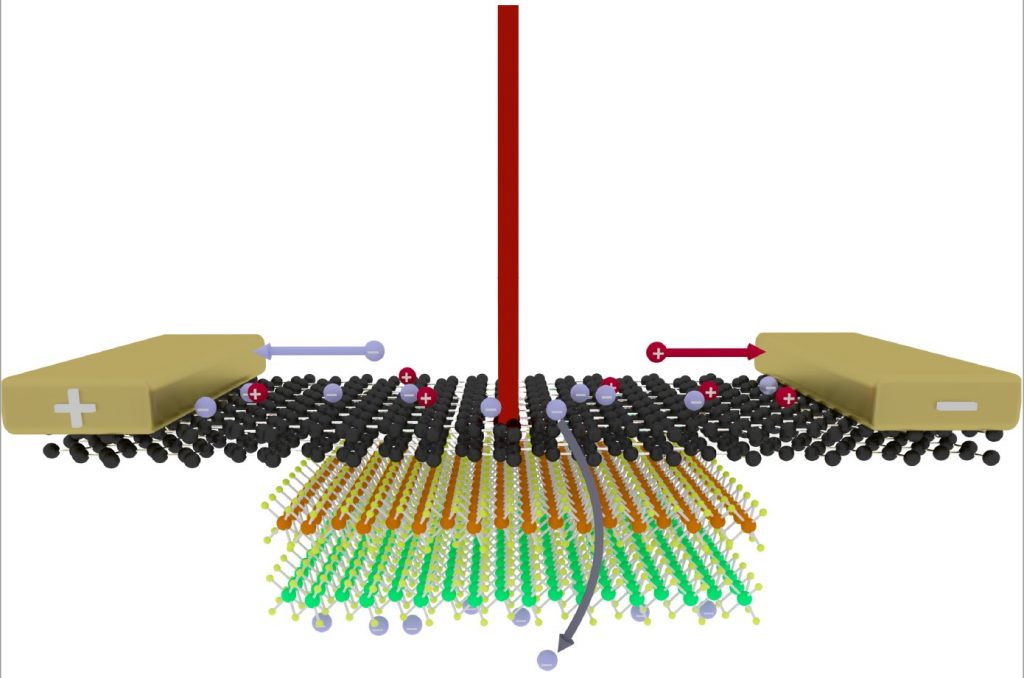