Self-organizing maps find numerous applications in learning, clustering and recalling spatial input patterns. The traditional approach in learning spatio-temporal patterns is to incorporate time on the output space of a self-organizing map along with heuristic update rules that work well in practice. Inspired by the pioneering work of Alan Turing, who used reaction-diffusion equations to explain spatial pattern formation, we develop an analogous theoretical model for a spatio-temporal memory to learn and recall temporal patterns. The contribution of the paper is three-fold: (a) Using coupled reaction-diffusion equations, we develop a theory from first principles for constructing a spatio-temporal self-organizing map (STSOM) and derive an update rule for learning based on the gradient of a potential function. (b) We analyze the dynamics of our algorithm and derive conditions for optimally setting the model parameters. (c) We mathematically quantify the temporal plasticity effect observed during recall in response to the input dynamics. The simulation results show that the proposed algorithm outperforms the self-organizing maps with temporal activity diffusion (SOMTAD), neural gas with temporal activity diffusion (GASTAD) and spatio-temporal map formation based on a potential function (STMPF) in the presence of correlated noise for the same data set and similar training conditions 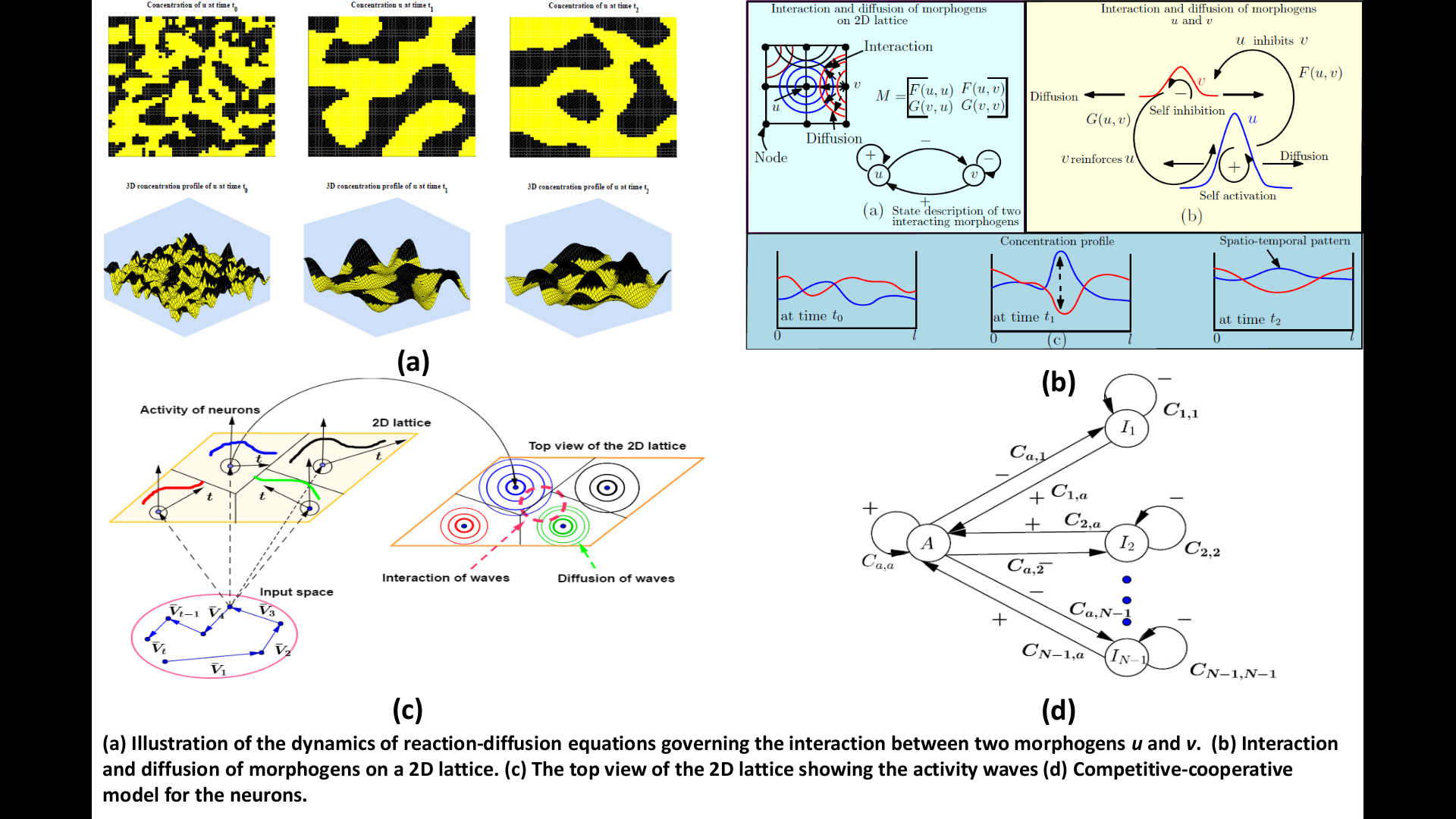