Multiple parties observing correlated data seek to recover each other’s data and attain omniscience. To that end, they communicate interactively over a noiseless broadcast channel – each bit transmitted over this channel is received by all the parties.

We give a universal interactive communication protocol, termed the recursive data exchange protocol (RDE), which attains omniscience for any sequence of data observed by the parties and provide an individual sequence guarantee of performance. As a by-product, for observations of length n, we show the universal rate optimality of RDE up to an O(√(log n)/√n) term in a generative setting where the data sequence is independent and identically distributed (in time).

Furthermore, drawing on the duality between omniscience and secret key agreement due to Csiszar and Narayan, we obtain a ´ universal protocol for generating a multiparty secret key of rate at most O(√(log n)/√n) less than the maximum rate possible. A key feature of RDE is its recursive structure whereby when a subset A of parties recover each-other’s data, the rates appear as if the parties have been executing the protocol in an alternative model where the parties in A are collocated. 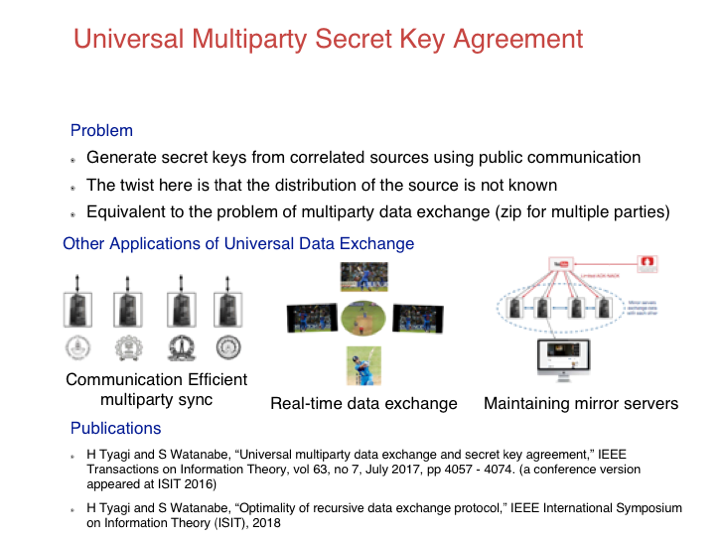